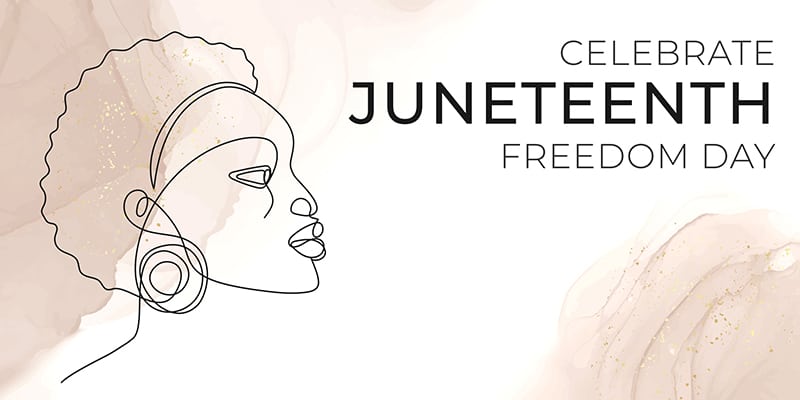 It’s Juneteenth, a celebration of the day in 1865 — more than two years after President Lincoln signed the Emancipation Proclamation — when enslaved people in Texas finally received word that they were free.

We have much to celebrate. Finally, our nation is beginning to wake up and acknowledge the historical crimes against the African Ancestry communities, with the Presidential signing of the Juneteenth National Independence Day Act, establishing June 19th as a federal holiday. Today our brothers and sisters of all races are more aware and engaged in fighting against the legacy of discriminatory and unfair treatment of African Ancestry people. At long last, justice — a police officer was held accountable for the horrific murder of George Floyd. Citizens around the nation are demanding transparency, accountability, and that our police and formal systems treat people with dignity and honor.

As we celebrate the small successes we acknowledge that we have a long way to go in uprooting the structural racism that this country was built upon. African Americans are still burdened by this legacy in every life domain, including healthcare, housing, education, employment, voting rights, and the legal system. The weight of these systems’ “backpacks of trauma” has diminished the health and wellbeing and even shortened the lifespans of African Americans. We saw this play out in the disproportionate impact of the COVID-19 pandemic: 1 in 555 African Americans died (almost 180 deaths per 100,000 people); two times as many African Americans as white Americans died from the disease.

As we celebrate Juneteenth and continue our fight for equality, we are also committed to fighting against any form of hate and racism wherever it occurs. We are deeply saddened by the attacks on elderly Asians and proudly stand in solidarity with our AAPI brothers and sisters. During the past year, we’ve worked with the First Chinese Baptist Church of San Francisco helping them to walk in the shoes of African Americans and understand the 400-year legacy of institutional discrimination that has shaped public perceptions of Black people.

As Dr. Martin Luther King Jr. wrote on April 16, 1963 in a letter from the Birmingham jail, while serving a sentence for participating in civil rights demonstrations:

“Injustice anywhere is a threat to justice everywhere. We are caught in an inescapable network of mutuality, tied in a single garment of destiny. Whatever affects one directly, affects all indirectly.”

On this Juneteenth, let us celebrate and honor the end of slavery and our continuing march toward freedom and justice for all.